At its Regular Meeting of January 11, 2022, the City Council adopted a resolution expressing its intent to initiate procedures for establishing and implementing by-district elections for Council Members. The purpose of this page is to assist residents of El Monte on understanding the process and how to weigh-in before the process is completed.

WHAT DOES DISTRICT-BASED ELECTIONS MEAN?

A fuller explanation can be viewed in this Powerpoint Presentation.

WHY IS EL MONTE UNDERGOING THIS PROCESS?

El Monte is striving to align with California Voting Rights Act (CVRA) requirements that discourage cities from using at-large voting systems that impair the ability of legally recognized protected classes of voters from electing candidates of their choice or otherwise influencing the outcome of an election. Protected classes include members of the same race, color, national origin, religion, sex/gender, age (over 40), and disability.

To ensure that other potentially marginalized communities of interest in the City have the ability to elect candidates who can best represent their interests and concerns, El Monte will create six (6) City Council districts of roughly equal population after receiving community input and feedback on proposed maps.

By moving to six (6) City Council districts, the residents of El Monte will elect a Councilmember that resides within that district which will encourage attention to more local issues and more accountability.

WHERE ARE WE IN THIS PROCESS?

At the March 29th Public Hearing, The El Monte Council selected this map from a total of 19 maps submitted by the public and the City’s demographer. An ordinance reflecting the City Council chosen map and related sequencing for the phase-in of by-district elections was approved for first reading following a public hearing held March 29, 2022. 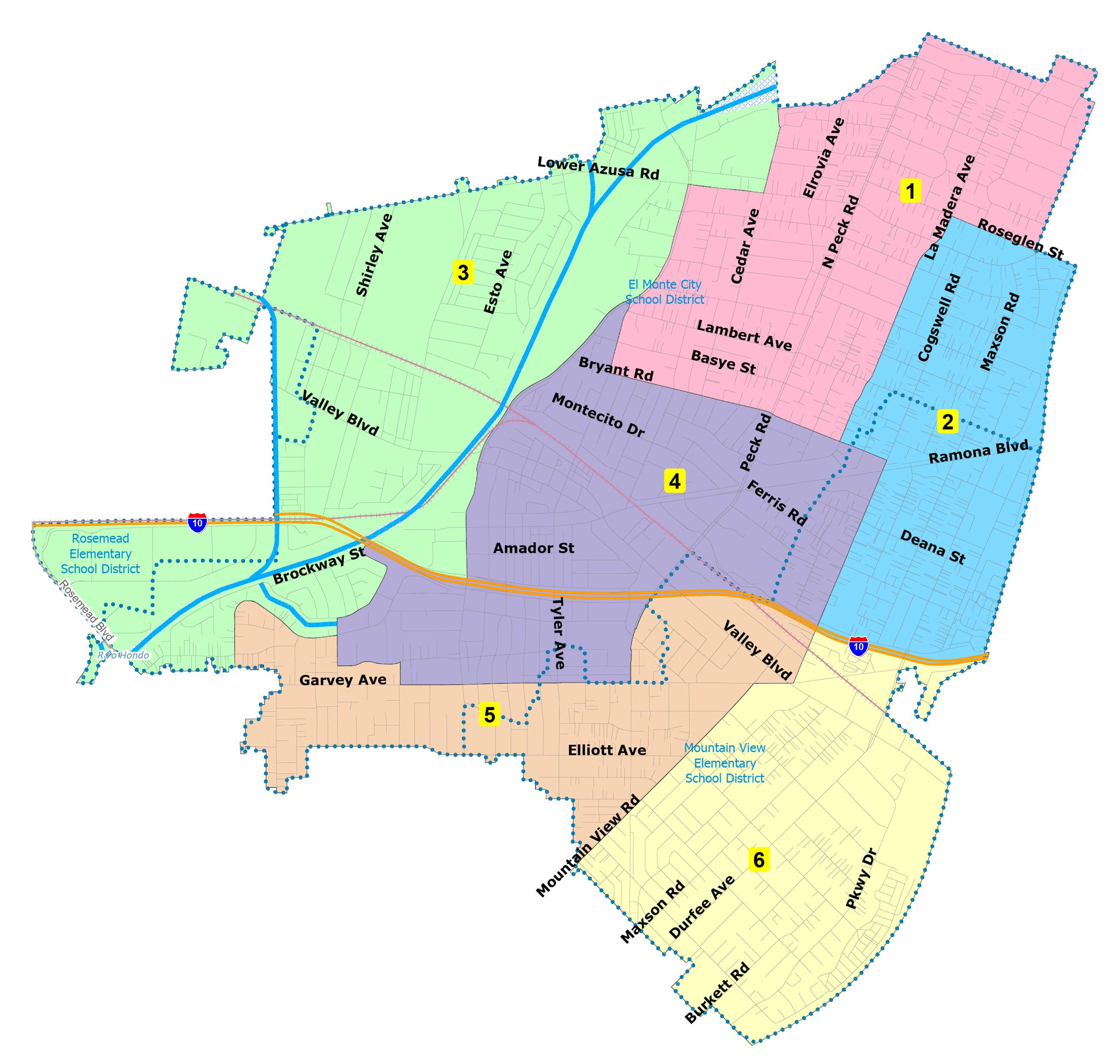 On Tuesday, April 5, 2022, the City Council will consider the same ordinance for final adoption (second reading). Once adopted the process for approving the transition will be complete.