The El Monte Police Department utilizes police service dogs to assist Patrol and Investigative Services as well as the Special Weapons and Tactics Team (SWAT). The canine team's primary function is to help apprehend dangerous suspects and to create a safer working environment for officers when searching for those who are trying to evade capture.

Because of the canine's superior senses, searching for suspects is not only safer but more effective. Using their olfactory ability, a canine can locate a person and alert to their presence without hearing or seeing them. The use of police service dogs can also lessen the need for potentially lethal force used by officers. Nothing demonstrates the canine teams' worth better than their vital role in the Department's SWAT Team.

Each of the canine teams is also cross-trained for narcotic detection. Every year the Police Department's canine teams assist detectives in illegal drug investigations which results in the confiscation of a substantial amount of illegal drugs and drug-related money.

Each of the teams is required to continually train in suspect apprehension and narcotic detection. Hundreds of hours are spent annually refining the skills of these dogs. The officers commit to a minimum of a three-year term with the canine bureau but often stay longer.

A very special relationship is made between the handler and his canine partner as they often rely on each other for safety. The dog becomes a part of the officer's family as the dog will live at home with their handler and will continue to do so when the dog retires from law enforcement. 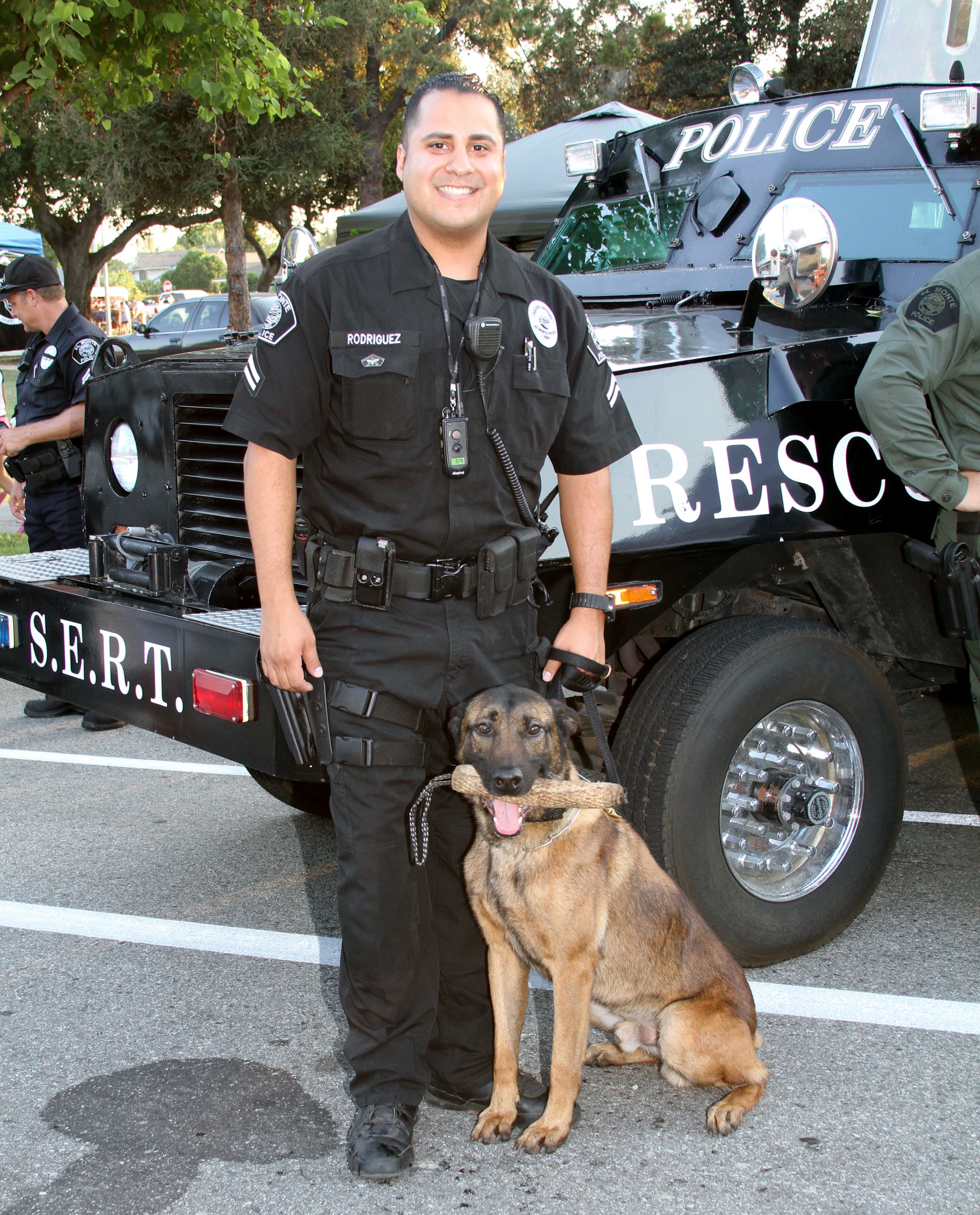